On a Ladybug Named Grenadine

Still only able to do smaller sewing projects and, so, I introduce you to Grenadine. She likes syrup and is awaiting some other tiny friends. 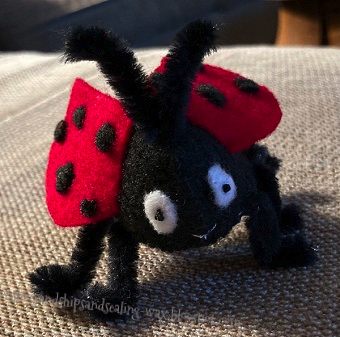 Like Gunter, my turtle, and the Christmas pudding, Grenadine was a random make and cut entirely free hand. I was initially going for a slightly rounder shape, then ended up tapering the body half circles a little extra making it more canoe shaped, which I actually like better. 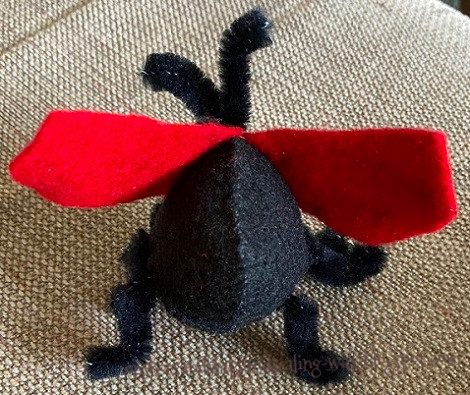 I was also intending to double up the felt on the wings, but as it's more decorative and I'm not going to be doing anything that will pull the felt out of shape, I ended up deciding to just let it go at one layer. All the spots have been stitched on, as have the eyes. 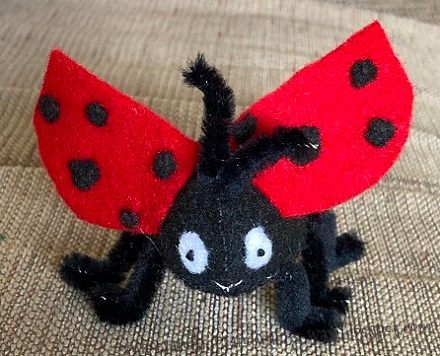 I am really attempting to get back in the habit of posting more again, so let's hope this will be the start of more than just book review related posts this month! ♥

On "The Willoughbys": A Book Review 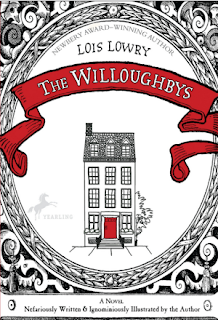 Title: The Willoughbys
Author: Lois Lowry ( or as the cover delightfully puts it, "A Novel Nefariously Written & Ignominiously Illustrated by the Author")
Genre: Children's Fiction

About the book...
The Willoughbys are your average happy family, just like all the old-fashioned families you always read about...except the children, Tim, Barnaby A and Barnaby B, and Jane, don't like their parents, the parents don't like the children, and the baby left on their doorstep that they should have been happy to find, they leave on someone else's doorstep. Really, they aren't your average, happy, old-fashioned family, so in an attempt to become orphans the children arrange for their parents to find a brochure from the Reprehensible Travel Agency, which they arrange a trip with, and Mr. and Mrs. Willoughby leave the children with a nanny and try sell the house while they're away. Meanwhile, a billionaire by the name of Commander Melanoff lives nearby and having lost his wife and son in an avalanche, has fallen into a state of depression. A discovery of a baby on his doorstep changes things, though.

What I think...
I read this book when it first came out in 2008 and really liked it, so I was curious to see how well it had aged when I recently thought of it. I am happy to say that it was still just as delightful and quirky!

I feel like Lowry is much better know for her more serious books like The Giver and Number the Stars, but she does comedy really well (I still love her Anastasia Krupnik books, which I first read in elementary school). As I've mentioned before, I like parodies and spoofs and Lowry does a fantastic job getting all the elements from the traditional happy family story packed into this story with all sorts of references to the more traditional stories like Mary Poppins and Anne of Green Gables.

This book definitely falls under the same category as Lemony Snicket's A Series of Unfortunate Events or any number of Roald Dahl books, though I would say it has a slightly lighter tone to it. In comparison, things are presented as being more matter of fact (the children are very practical without it being presented as a character trait) and while the plot does revolve around a mutual dislike, nothing really horrendous happens to anyone.

One really enjoyable element is that Lowry uses a fair number of large or more old-fashioned sounding words throughout the text and has provided a glossary for them at the end. It in itself is quite funny!

To sum it all up...
A wonderful re-read for me and a book I should really be recommending much more often! I might add, there is also a sequel, The Willoughbys Return. ♥

Posted by Inky at 9:15 PM No comments:
Email ThisBlogThis!Share to TwitterShare to FacebookShare to Pinterest
Topics: Book Review 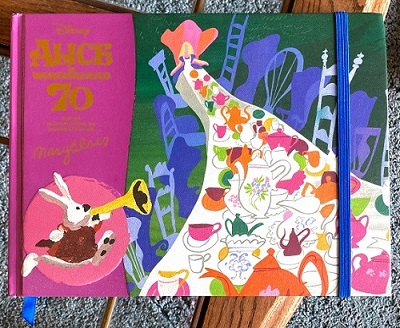 About the book...
Created in honor of the 70th anniversary of Alice in Wonderland (1951), this book is a collection of artwork pertaining to the film, ranging from concept art, model sheets, and still images, accompanied by pages to color and blank pages to try your hand at doing your own sketches.

This is an incredible book! The prints are beautiful and some of the artwork included is in plastic pockets, so, if you really wanted to, you could frame them. It also has a decent amount of fold outs allowing for some of the lovely details to be better appreciated. 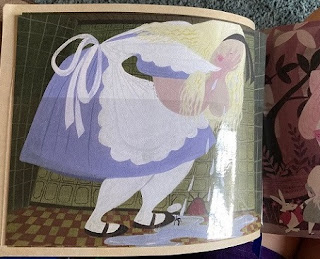 The pages themselves are great quality with some having a nice texture to them (love how some of the images from the movie are glossy while the concept art on the same page are matte!). I love getting to see the different artwork behind the movie, how it progressed from the concept art, and I adore that they included facsimiles of model sheets, which I always enjoy looking at. 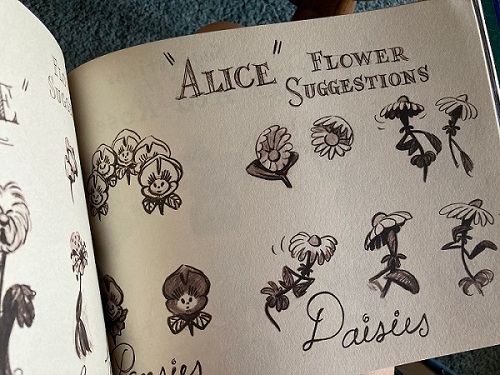 I was a little surprised at it being an actual sketchbook and not just artwork from the archives and sketches that were used for the film. I think, though, having fine tuned my drawing skills as a child copying images from Disney storybooks freehand, the idea for Disney to create a sketch book of this sort was a great one!

My only minor disappointment with this book was that while it begins with a written portion about Blair and her role with Disney, it is a very short and very basic. It would have been nice for this part to have been a little bit longer and provide more detail, but, overall, it didn't detract much from this wonderful book! 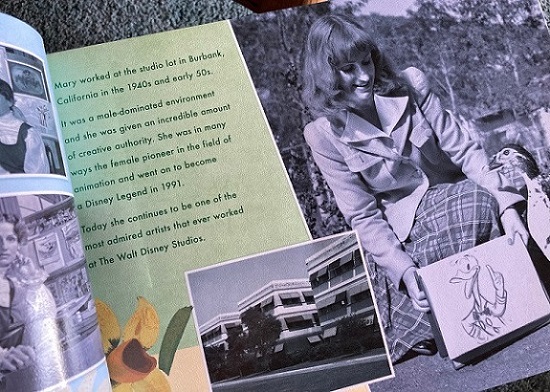 To sum it all up...
A fun collectible book of artwork for any fan of Alice in Wonderland and a perfect un-birthday present for oneself! ♥

I managed to avoid giving into the urge to add faces to my pumpkins, apple, and corn, but couldn't resist making a pair of smiling carrots. 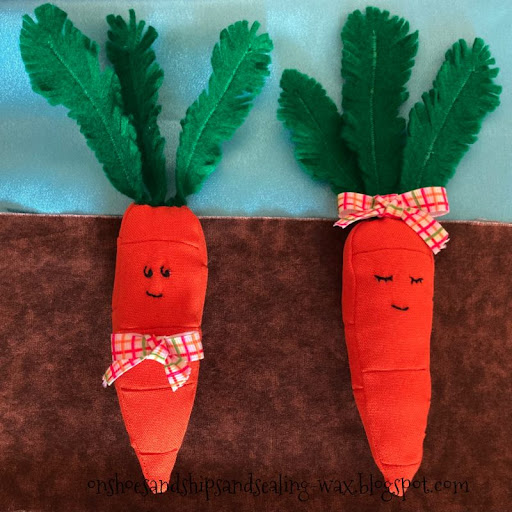 Hi, I'm Inky! Just a writer with a love of books, vintage, and sewing, not to mention an incurable Carrollian, choosing to take note of the little things in a pleasantly whimsical way.